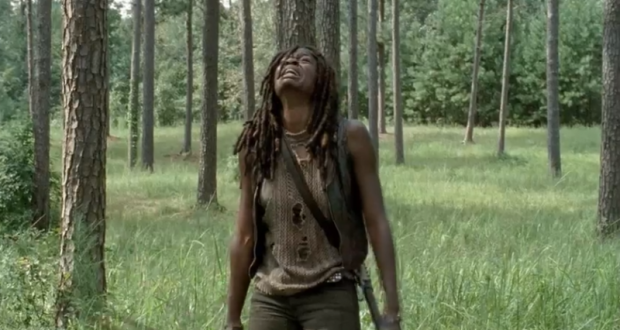 I don’t watch Game of Thrones, but I feel like I know every inch of its body like it’s a ghostly lover I’ve only dreamt of courting.

The allure is real and tangible everywhere I turn. HBO’s healthy marketing budget has made it so that I can’t wait for a bus or click on to my favorite site without seeing an ad plastered on some physical or digital space.

I don’t have a problem with marketers doing their job. What I detest, however, is the devolution of A&E journalism from being the stimulant to the easily-stimulated.

Sunday evening through Monday morning, the headlines are inescapable: “Game of Thrones Shocker!” or “The Walking Dead Spoiler: Discuss the Season Finale Shocker!” I know we’re living in the era of the resurgence of event television, but I  don’t appreciate it when I’m bombarded with an array of  headlines aimed at shaming me for casual disinterest.

“Shockers” don’t impress me much anymore.

I guess the headlines are a preferable alternative to the quick-fire “OMG SERIOUSLY? #GameOfThrones” that fills my Twitter timeline when any given buzz show airs, but the fact remains that you can’t simply exist as a casual consumer (of the fan or non-fan persuasion) any more. You’re either part of the in-crowd or the outcast. There’s no middle ground in the world of quick-fix television.

I’m forced to indulge in the cultures of these shows, though watching rabid fans salivate over something they fail to realize–in their fits of, well, “shocked” outpouring of digital discourse on social media–was constructed specifically to send them off their rockers is entertaining in itself.

How easily we, as a collective audience, have relinquished control.

I’m supposed to form a relationship with a show. I’m supposed to curl up in its embrace—by myself (who needs people?)—and drift off into the sweet nothings it whispers into my ear. It has to be consensual. A show hinging itself upon shocking me fosters a souped-up, manic consumption that leaves no room to explore new routes. It conditions expectations of topping itself, and makes it impossible for its writers to explore even terrain.

I miss the days of connecting with fans on the basis of quality versus surprise. LOST, while inspiring a fan culture all its own, propelled itself forward on the grounds of dramatic resonance. Each bit of absurdity fueled the show’s personality. It became a character drama with an affinity for the absurd. The show was never defined by its insanity, and its twists and turns inspired crescendoed momentum instead of reaching a peak, diving off the side, and climbing back up only to repeat the same suicidal event two weeks later.

Plot twists used to serve purpose, but now they’re used as buzz topics for tomorrow’s articles that tap into everyone’s innate desire for inclusivity. We all want to be a part of something, but this shocker business feels too constructed.

I admit that I watch event shows like The Walking Dead and American Horror Story. Of all the buzz shows, The Walking Dead most justifiably earned its right to assert dominance over the pop culture discussion at large. It’s a huge cable production that trumps nearly every scripted network show in terms of revenue, ratings, and response from the key demographic. But, the show evolved from a quiet, subdued drama that it was in its first two seasons. It has adapted to fit within a culture that demands spectacular stimuli–including the shocker. Its ever-bloated cast list grows by the season only to be cut down without warning in an inevitable, unmotivated bloodbath. It’s a show that was once defined by a singular character’s will to survive, but now rides from high to high on the fumes of its audience speculating who will die next.

And everyone eats it up.

In a sense, it’s impossible for us to fairly gauge a show’s quality when it follows the shocker format. What this does is allow an otherwise brilliant show to become predicated by superficial elements; character deaths, tonal shifts, plot twists—moments whose foremost purpose isn’t to advance the story, but to get you on your phone tweeting about it whether such elements work or not.

We don’t challenge ourselves to accept what’s happening and if it works with the ideology of the show. It’s simply golden if it’s unexpected, and I’m sick of it.

It’s easy to see how the passively-accepting, actively-responding, binge-watching culture has adopted other more subtle series as posterchildren for buzz-crazed consumption before they had a chance to hit their stride. That’s why Homeland sputtered out so fast: It was a show that was genuinely compelling in its first season, fueled by intricately-woven character dynamics and twists & turns that served a purpose in context. The media ate it up. It became the show to watch, picking up steam long after its premiere, and the show adapted to this too-soon ejaculation accordingly. It became a spectacle for spectacle’s sake. The solid shell of season one is now haunted with the extravaganza of the (literally) explosive season two finale and melodramatics of season 3. It’s a show that needed to be caught up with, not a show that needs to play catch-up itself. Now, all we care about is the spectacle; all we care about is if a show can sustain the demographic’s boner.

The fact that everyone is so hung up on the shocker has even managed to tarnish the reputations of brilliant minimalist shows like True Detective and Looking.

True Detective’s first season was a character drama disguised and marketed as a crime/detective thriller. Its stars, Woody Harrelson and Matthew McConaughey, played two characters that were infinitely more interesting than the murder case they tried to solve, and the show unfolded accordingly. People expecting a procedural were intensely disappointed to learn that the focal characters brought far too much weight to the table; Their stories—and how they reacted to the crimes and each other—were too complex to ignore.

Because True Detective dared to make its central mystery of uncovering the murders the least important part of its identity pissed people off once the finale aired. They were unable to appreciate the philosophical gravitas or the beautiful intricacies of its characters and their connection to the world around them. People don’t see characters anymore, they see play pieces atop a board game; but, who wins in that situation? 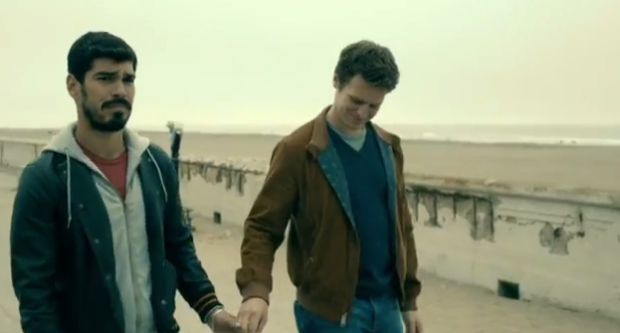 Because Looking, a drama revolving around a group of gay friends in San Francisco, didn’t follow a traditional structure and because it dared to linger in silence where any other show would try to cram in flesh, blood, and bone, it became a detractor to the gay community in the eyes of the Internet Court. Twitter ripped it apart every week. According to them, it either probed too little into gay culture or became a stereotypical representation of the gay fantasy. It was never good enough for the contemporary audience. It was held to an unrealistic standard of upholding the image of the gay community when all it aimed to do was explore its characters without their sexuality as a defining factor. It never asked to be a champion of the gay community, nor did it beg for people to look upon it as a trailblazer for the queer identity. It was a show about people, but “real” people wanted it to be something traditional, but still expected it to be something different when it bored them. People looked for something to latch on to; the gay factor must define this show because people are too impatient to dig anywhere under the surface. It’s a dynamic show that defies classification, and that frustrates the casual audience to the point of not simply disinterest, but violent backlash.

What does this say about us? Can we no longer handle simplicity? Are our minds descending so deep into the quick-fix abyss that the only time we allow ourselves to come up for air is to take another hit from the shocker to carry us through to next week’s episode?

Networks are not the problem. They have to make money somehow. I’m troubled by rabid audiences consuming television like a drug, moving from high to high, plot twist to plot twist, shocker to shocker. It’s empty consumption, and it’s clear to see that TV shows like The Walking Dead and Homeland are evolving to fit this mold when they started out as completely different shows than what they are now. People live for the inclusivity versus the art of the show.

Sooner or later, you’ll come to expect it, and that’s when the shock will flatline. The high will fade, and Twitter will go silent. We can only hope it comes sooner rather than later, but where do you go from there once it happens?

Make no mistake: I cannot judge a show I’ve never seen. I can only react to the coverage a show receives and how that coverage reflects a much greater shift in the way TV is consumed and produced for our quick-fix culture to the point where I must endure a barrage of industry “coverage” that’s only bent on making me feel like an outsider for not stepping inside the loop.

That’s not something I can warm up to any time soon.